at Van Lake in Turkey

A man in Turkey believes he may have taken a photo of a UFO near Van Lake, home of the Van Lake Monster.

Graziantep News reports they received an email from Ahmet Baygümüş with a UFO photo attached. Baygümüş says on August 24 at around 7 pm he was taking pictures of the landscape and the sunset with his phone. He did not see anything unusual. However, when he reviewed the pictures later he saw a strange light in the image.

Baygümüş says he returned to the location the next day at the same time, but did not see anything unusual.

Baygümüş sent the image to Gaziantep News hoping they could offer an explanation as to what he might have seen. Gaziantep News suggested it appears to be some sort of light beam, and listed Baygümüş’ contact information for people to share with him their thoughts.

LONDON Alitalia pilot thought it was a missile

Zaghetti was at the helm of a jet from Milan to London's Heathrow Airport on the evening of April 21, 1991, when a flying object streaked across his field of vision. "At once I said, 'look out, look out,' to my co-pilot, who looked out and saw what I had seen," Zaghetti wrote in his report. An investigation later ruled out a missile -- but never ruled anything in, either. The close encounter is one of many reported UFO sightings among 19 files that Britain's National Archives posted Monday to the Web. The new material covers UFO sightings between 1986 and 1992. While the 1,500-page batch of documents debunks a host of UFO sightings, others like Zaghetti's near-miss with a UFO remain unexplained. Some things in the newly released files were either unhinged or unverifiable. One correspondent tells the military he was shouted at by aliens while sleeping outdoors. Another writes in "with extraordinary news," saying the "legendary 'feathered serpents' " are waiting for permission to land on Earth. And one U.S. pilot's tale of being ordered to shoot down a UFO over eastern England, forwarded to the Ministry of Defense by a UFO enthusiast, was kept on file even though the military turned up no evidence of it in its official records. 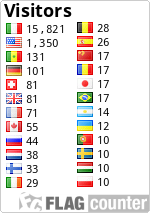