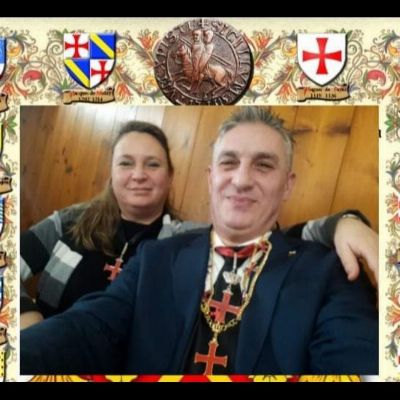 As you can see and read in this blog are personal and historical research on my House. Furthermore, the published material on these pages was created through images and documents retrieved from the network considered in the public domain. Where was unintentionally violated any copyright, holders may contact me and I will remove it. Also, the content of the stories are personal research that is published only for cultural and informational, non-profit organization. This blog is not a journal as it is updated without any periodicity. It can not therefore be regarded as an editorial product under Law No 62, 7.3.2001. However ....

the last of state Noble Italian

For Article. 3 RD June 7, 1943, No 651 (the last of state Noble Italian), the titles are in descending order: Prince, Duke, Marquess, Earl, Viscount, Baron, Noble, and Lord, Hereditary Knight, Patrick Noble, and certain cities. For the second paragraph of Article 3, starting from 1943, these latest headlines could not be granted to those eligible but only if it recognized derived from ancient monarchical government grants issued during the Republican period and contain references to it being shown as "the name of an ancient feudal land ownership, or who joins the title." More precisely, the predicate of nobility can be defined as a particular attribute that can be added to a title or a surname in order to better specify and consisting of the preposition segnacaso "of", followed by the call to a geographic location. But those who live in Italy and has ancient origins with a noble family should refer to the Constitution of the Italian Republic has not suppressed or abolished titles of nobility, but he simply disowned them.

As decided by the Supreme Court ruling of July 16, 1951, this means that the Constitution places no ban on public or private use of titles by those who are invested, but the non-recognition as the ban applies only to of public officials, who have a duty to omit all mention of the noble title in the acts they formed //www.dirittonobiliare.com/titoli.html

HISTORICAL RESEARCH IN 1130 THE NORMANS

In Bray Milo de Brai //pagesperso-orange.fr/vieux-marcoussis/Chroniques/troussel.htm //pagesperso-orange.fr/vieux-marcoussis/Chroniques/temple.htm France, in 1064 he was lord of Montlhéry since 1095 his wife was the daughter of Lithuise Stephes Count of Blois and Adela of Normandy, daughter of William the Conqueror and his son the same name Milo II de Brai 1118 lord of Montlhéry and Braye, Viscount of Troyes, 1096, Trousseau de Brai the eldest son, Lord of Monthléry his daughter Elizabeth married in 1103 Montlhéry Philip, Count of Mantes, son of Philip I of France and Bertrada de Momtfort, participated in the 1 st Crusade in 1096. 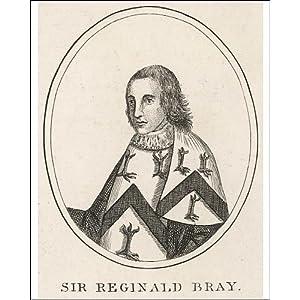 In 1066, Sir Guillaume de Brai, took part in the conquest of England next to the Duke William of Normandy. Abbey on the roll the names of those who participated in the Battle of Hastings. At the Service of the King of Inghlilterra (1066 - 1485): In a village near Bray Berkshire there is a church built in the twelfth century by Bray, Cornwall. Sir Richard Bray Councillor Knight of the Garter and the servant of Henry VI and his wife Joan Troughton. In 1236 we find the following statements of the Knights Templar in Scotland, is of the Preceptory of Balantrodach, now Temple in Mildlothian, brother Thomas de Bray and his brother William de Mere, chaplains, his brother Thomas de la Ferme, Brother Thomas of Tulus, the brother of Henry Emory, his brother Robert squo, his brother Robert of Bonington, brother Roger de Akiny, then Preceptor of Scotland.

These lands were taken into custody by the Knights Templar, the lands assigned to them by John de Lisbon and J. of Howth; the Deveneis William, who was mentioned as a successful de Ridelefords Merrion, John Clements. In 1169, King Henry II of England granted lands to the Knights Templar. The nobles and feudal lords soon followed suit and succeeded in organizing 15 real teacher in Ireland. The Knights Templar in Ireland were mainly Anglo-Normans and noble soul, and many of them were veterans of the Holy Land. After its conquest by the Norman family of De Burgo power in 1232, the fortification of Galway has been replaced by a stone castle. The Normans built churches and chapels to cater to their religious needs and joined the Order of the Knights Templar. The De Burgo were members of the military religious order. Is that the De Burgo family crest is a red cross similar to that worn by the Templars, according to legend, the crest was product during the Crusades when he was with King Richard